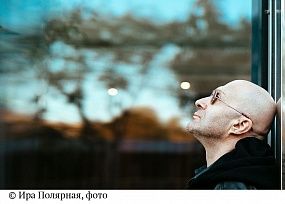 Russian composer and pianist Anton Batagov was born in 1965 in Moscow. Не is one of the most influential contemporary classical musicians. The post-minimalist language of his compositions is rooted in harmonic and rhythmic patterns of Russian church bells and folk songs seamlessly mixed with the spirit of Buddhist rituals, the dynamic pulse of early Soviet avant-garde, rock music and computer technologies. His discography includes over 50 albums.


In 1997 Batagov stopped performing live. He had been focusing on composition, studio recordings, movie soundtracks, and original music for the major Russian TV channels for 12 years. In 2009 he returned to live performances. Since then, he has been performing a series of unique solo piano recital programs and working in collaboration with classical performers as well as rock and folk musicians. His highly anticipated live performances and new releases have been memorable milestones in contemporary classical music scene.